Hollywood and Vine know that all you nosey MoFos out there in cyber space have been googling Kim and Big Papa since the season premiere.  Many bloggers have out and out lied to you; Big Papa’s identity will most certainly NOT be revealed by the end of the season.  Kim is not his girlfriend, she is his mistress, obviously. 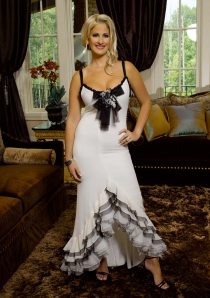 Yes, Hollywood and Vine know who the fuck Big Papa is, but we are going to have some fun with this!  The season just started.  It wouldn’t be right to reveal so early on!  We’ll help you out though.  For all of you thinking Dallas Austin or Michael Jordan, you’re dead wrong!  Big Papa has more money and power than you can imagine!  Trust, this piece of trash came UP, even more than she did with her ex-husband!

Hollywood and Vine want to know your guesses anyway.  Post your comments!