“Real Chance” To Turn Down Hollywood… 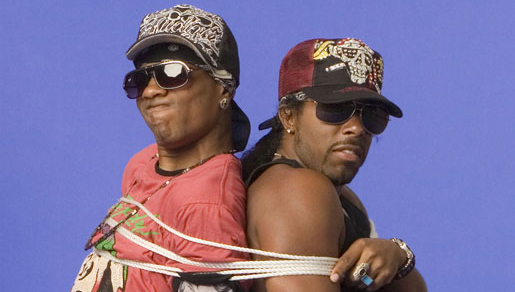 Thanks to Reality TV Buzzz (@realitytvbuzzz on Twitter), I found out that Real (right) was offered a role in an upcoming Ben Stiller flick, but he turned it down!  Why?  Because he was asked to play a gay man.  Yes, take a moment…I know I had to!

What I wanna know is how you gonna turn down a paid role in a potential blockbuster movie when in your everyday life, you play that same role for free (allegedly, of course)?  That’s like me turning down a role playing a black woman who blogs at Hollywood & Vine and goes by “Vine”!!  Hell, I’d play a white bitch in a Ben Stiller movie if he asked me to!

The fact that he felt funny about the shit shows me that there’s something to my belief that he’s conflicted about busting out the closet!  Come own out boo…we already see you!  Just look at the picture!

Actin A Complete Donkey in the Club…